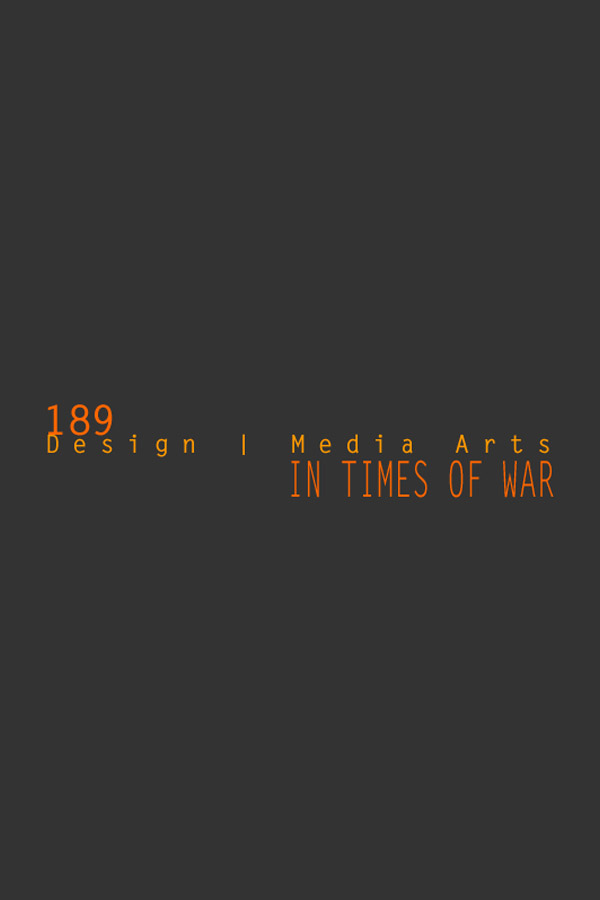 This was a special Topics in Design seminar, which was named after the recent 9/11 events. The goal was to give students a broad overview of the various social, political and economic issues confronting designers and media artists today. The course foregrounded the historical background surrounding the recent facts and how people in the arts and industry commented or participated actively in them. One day a week was spent in lecture and discussion and the second working on weekly projects. With this structure, the central theme remained, but students needed to produce content for different media. In the first weeks, they were involved in the design of a postcard, as well as black and white and color posters. All projects needed to be both printed and uploaded online. In the following week, students produced a 30-second audio track. Next, they used this piece as a soundtrack for a video clip. The final project required the creation of a website to display the pieces produced along the course. Besides being responsible for the students’ orientation and work critique, some lectures and grading, I also produced the course website.